WASHINGTON D.C. (6/23/14) – Finding ways to pay for college can be frustrating at times, a lot like hitting the right stroke on the golf course. As a part of its commitment to supporting youth education, RBC Wealth Management created the “Shot for College” event, an outing centered on improving the youth participants’ golf games and providing them the opportunity to win one of two $10,000 college scholarships.

The event included three rounds of competition. In the first round, golfers attempted to hit two targets 75 yards away in a closest-to-the-pin format. Those closest to the target went on to the semi-final round, where participants were narrowed down to one female and one male finalist. Those two finalists had the chance to sink a 20-foot putt to win a $10,000 scholarship. Although both finalists missed, they each walked away with a $2,500 college scholarship.

RBC Wealth Management partnered on this event with the Baltimore chapter of The First Tee, a youth development organization that provides educational programs that build character, instill life-enhancing values and promote healthy choices through the game of golf. Sixteen of the event’s youth golfers were from The First Tee of Baltimore, including both of the “Shot for College” finalists, DeAndre Diggs (15) and Rhianna Stitt (12).

“The game of golf teaches both physical and mental skills as well as valuable life lessons,” said Pat Vaughan, Divisional Director - East, RBC Wealth Management – U.S. “RBC is pleased to partner with Brandt Snedeker for this opportunity to inspire and educate Baltimore and Washington D.C. youth.”

In addition to the “Shot for College” event, Team RBC golfers Hunter Mahan, Matt Kuchar, and Snedeker, along with two kids from The First Tee of Baltimore, were invited to the White House to celebrate the President’s Cup. 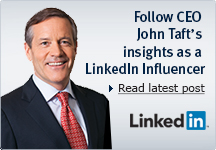